WE ARE NOT CLOSING… We are evolving.

“Faith is taking the first step when you don’t see the whole staircase”.  We are extremely lucky to tattoo in the Three Rivers District Council area…

Not because they make life easy for us, they do not.  We have very strict guidances to adhere to and they are one of the few councils who actually take action against unlicensed Tattooers and Studios that do not meet the criteria.

We also have one of the most progressive and well thought out set of guidelines; they are forward thinking.  As such I salute our Environmental Health Officer, who has been doing the job a long time and knows his stuff.

And for seven years we have stuck to these guidelines; no underage tattooing, no prosecutions or warnings… given my age and inability to distinguish between 16 year olds and 20 something year olds due to fashions and modern appearance, I view this as something of an achievement.  Much of the credit must go to my assistant Anna for making sure the I.D’s are checked and the consent forms are filled out correctly.

From the very first day I started Tattooing I knew that I had no business (as a fully grown man) touching someone else’s child with a tattoo machine.  Some do, they view getting a client “addicted” early as a head start.  If they need that money that badly then there are more profitable crimes to commit in my opinion.

Then there are the others… I have had occasion to walk out of a very successful Studio when one of my female clients was made to feel so uncomfortable that she would not return.

Thankfully in Three Rivers when Studio’s step out of line they get their wrists slapped hard.

Our Tattoo License also includes an interesting and unusual by law.  I am registered within the Three Rivers area to carry out mobile tattooing.

Yes that’s right, I can come to you.

You did read that right: I can come to you at any time of day – or night for that matter – Tattoo you in your own surroundings and be gone in a flash!  So why have I not advertised that you can be tattooed in your home at your own convenience?

Well, because it’s aggro for me… I have to carry a lot of equipment, it would be a much longer set up for me and finally it would affect my speed and increase the costs to you, the client.

I appreciate that many of my clients are not “price driven” but even so, it’s still a lot of extra work for us and we still have a retail Studio to run on the High Street.

However  we need more space, much more space.  Not for tattooing.  No, tattooing actually takes up very little space.  However Custom Paint, Airbrush, T shirt design and print and online vape sales are starting to take up a serious amount of space.

On top of this little problem we need people, young people, willing to learn and work hard and people take up space.

So we are looking for a new space.

Abbots Langley has been kind to our business, the majority of the community has been extremely supportive.  Obviously you get a few loons, but that can’t be avoided anywhere on the planet now.

On the whole we have enjoyed our little Studio immensely but it no longer makes financial sense in our long term thinking to keep this position.

Sadly it seems villages are being targeted by criminals and thieves.  I have mentioned more than once that until this High Street has CCTV and a serious Police presence that I believe this trend will continue.

Add to this the explosion in property prices and rental prices in Abbots Langley over the last seven years and we have ourselves a perfect storm that cannot be ignored.

But we want to stay in the village in some form, so we will, but it won’t be retail, it will be virtual…kinda.

We have got a new space, a private space, no stress and no walk-ins.  We are following the trend in modern day tattooing of opening a Private Studio.

But we are doing one with a twist… we also have the Stealth Project.  And that will be mobile.

If you don’t want to come to the private Studio in Abbots Langley then I will come to you anywhere in the Three Rivers area. 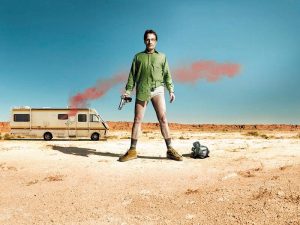 It’s 2008, I am doing a guest spot in freezing cold Dundee.  I had returned from living and working for a period of four years in 30 plus degree heat in Thailand.  My host had coaxed me half the way across the world with the promise of riches and my own motor home to stay in.

The realty when I arrived meant that ‘the riches’ were Tattoo knowledge and the ‘motor home’ was a ‘bury’ bus parked in a cow shed.

Despite the sub zero temperatures I spent many happy days Tattooing and many toasty nights sleep thanks to the diesel heater in the ‘bury’ bus.

My only discomfort was a quarter mile walk for a shower in artic condition in a bathroom that was a few degree’s lower than outside, thanks to my host’s complete inability to feel any sort of cold.

It was there that I spawned the idea to build a Tattoo Studio in the back of a motor home.

My race career meant I was fully aware that a VW Crafter or a Mercedes Sprinter LWB van could be converted into a camper van with a garage in the back, and that there are firms that specialise in such conversions.

I also knew that I could tattoo in small spaces.  And thanks to my Dundee guest spot I had also found out that if necessary I could live in a cowshed in an old van so long as it had a decent heater!

An idea was born.

In 2015, in a fit of complete madness I once again started racing motorbikes, this time small Chinese motorbikes that were both cheap to buy, cheap to crash and cheap to race.  Having not even ridden a bike in anger in 11ish years it took me around four outings to become fully addicted and buy all the gear I needed including a Long Wheel Base VW crafter.

After six rounds of the Vet’s Championship in the British Mini Bikes I was leading the stock class Championship.  But all was not well, there were some seriously dubious “stock” bikes on the grid and some riders were getting results way above their talent level. 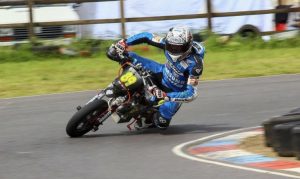 Having raced competitively since 1976 I have learned the difference between a fast bike and a fast rider.

Even though these little bikes are ‘slow’ they soon speed up when you crash and when you’re in a ‘cheque book’ race on a ‘straight’ bike then you are on the limit all the time it’s dangerous.

I raised the issue with the ‘Organiser’ who told me “It’s my Championship I will run it how I want and if you don’t like it don’t race”.  I didn’t like it.

So this left me with a really nice, really empty VW Crafter LWB van which I really like driving and an old idea kicking around my head.

So I have gone and done it.  I have built a state of the art Tattoo Studio in the back of a VW Crafter van.

And I have called it the Stealth Project.

And now that I have it has turned out better than I could ever have imagined.  Of course there are some finishing touches that we are waiting on before we can launch it.  The custom Tattoo chair is in the process of being re-trimmed.  But it is now weeks away and excitement is building.

Those that have seen what we have done have been “blown away” – they want to start getting tattooed stealthily already.  We have had a great reaction.

The living quarters have been tested for comfort and have passed with flying colours with two tattoo conventions under our belt.  We should have had our first European adventure but due to the recent break in and the subsequent slow loss of our Marine fish tanks we had to cancel travel plans, which was a shame.

Although you will see much of our adventures with our mobile Tattoo Studio on the website.  To see what is really going on you will have to become a member of the Stealth Project.

If you’re already part of the family, you will be given your card and password when we launch the password protected part of the website.  We will be sending some intriguing invites to people that we really want to tattoo.  We won’t be doing “recommendations”, we will be accepting invitations to meet people you think we should tattoo.

But if you don’t know us, or anyone who does, you will have to get past the Doorman.

Just part of the Stealth Project will be telling the story of how this van was built, it’s been a nightmare.  It’s a year late and gone way over budget.  Dealing with the van conversion industry was an experience, we have horror stories but we also have a happy ending and a very optimistic outlook for the future.

The Stealth Project will also give you access to exclusive content, videos, some how too’s and some very special offers including one off merchandise and collectibles.  It will also feature our friends and clients and some remarkable locations, we have some great adventures planned.

So these people telling you we are closing down?  Don’t listen to them – they don’t know what time it is.

And next year, we need somewhere that we can customise everything from your skin, to your clothes and even what you drive.  Tattoo, Piercing, Printing, Airbrush, Pinstripe and Custom Paint.  All under one roof.  Did I say Vape too?

Not closing, no no no no…evolving.  Evolved, already, seamlessly – see what I did there?

So is the logo…